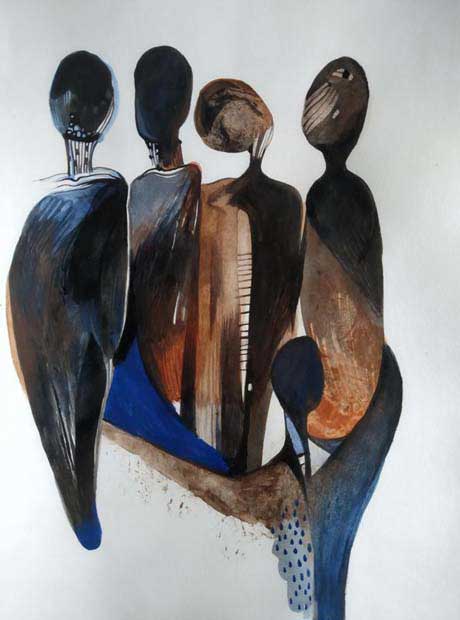 Workshop:
2007: Coordinated and escorted a workshop at Vilnius Art School, with 9 Indian students from Kolkata

Achievements:
An invitation from Ministries of Culture and of Education of France and regional Councils to perform various workshops and shows (5 - 28 March 2004) in Guadeloupe, French West Indies, to celebrate the festival 'Autour Du Tempa Des Poetes"
An innovative self-created audio-visual presentation "Bandish" - a symphony of painting synchronous with music -- at Music World, Kolkata, 2002.  Babita did attract peer recognition and connoisseur appreciation being the recipient of some of the most coveted awards, including Residency at Vermont Studio Center, Vermont, USA, 2002.