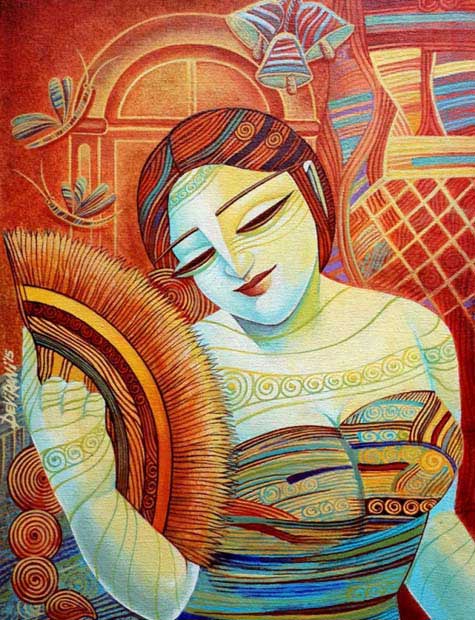 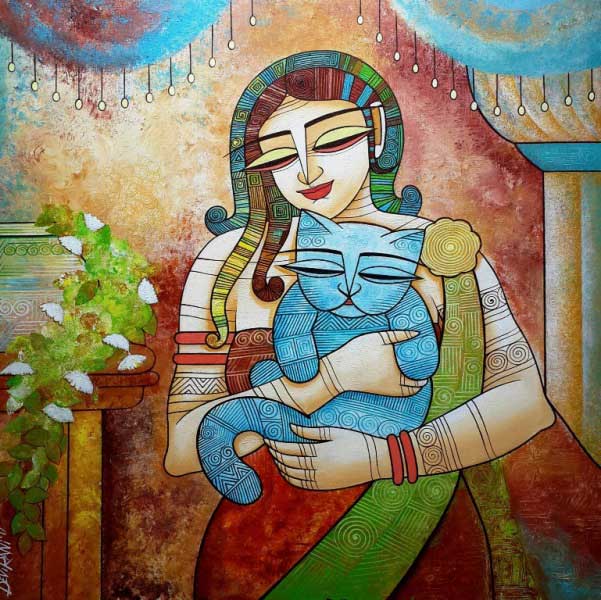 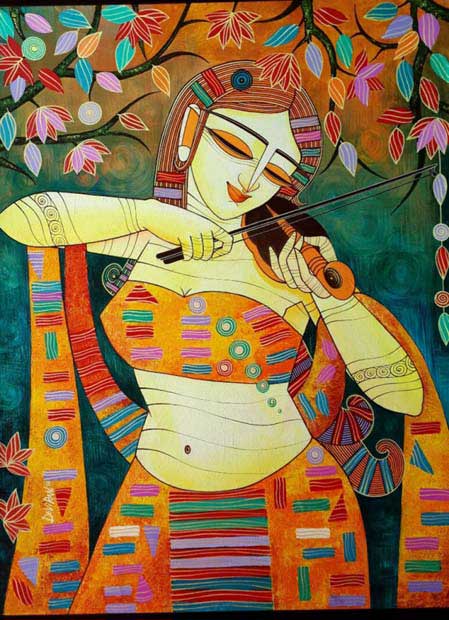 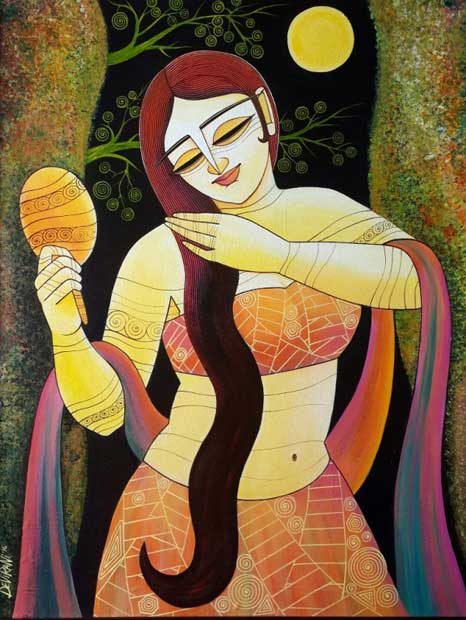 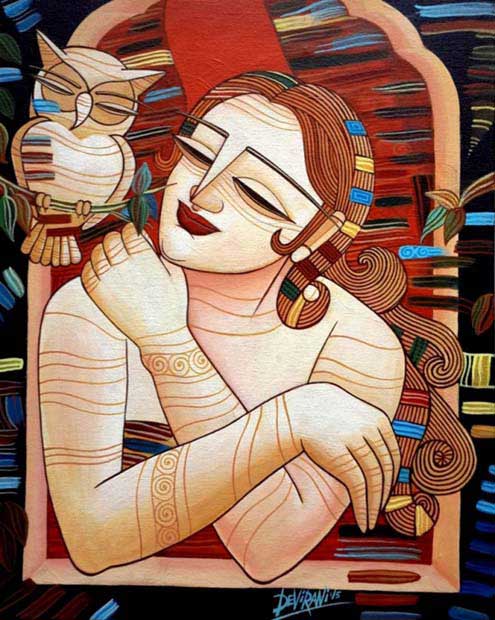 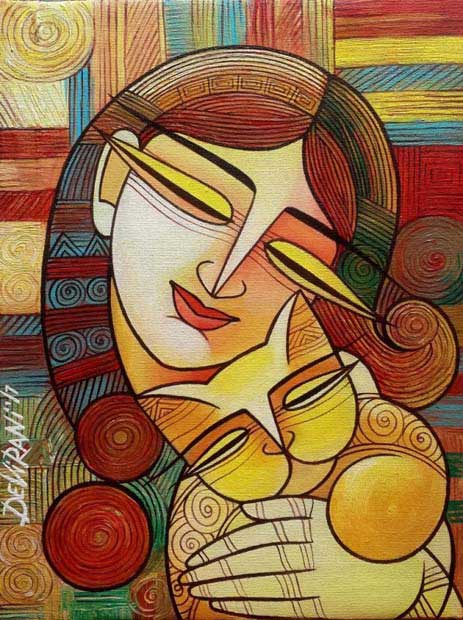 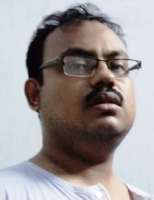 Educational Qualifications:
Graduated in Zoology (Hons) from B.B.A. University, Bihar in the year 2004.

D. R. Dasgupta is a self-taught expressionist painter born on 22nd Oct 1983 at Bapudham Motihari, a small town situated in north Bihar near India Nepal border. She graduated in Zoology from B.B.R. Ambedkar University in the year 2004. She belongs to a joint family. She had a knack for paintings since her childhood. In her younger days at the tender age of three, when her other cousins used to play she enjoyed drawing on the huge verandas of her house with chalk. She learned painting from many renowned artists of Bihar, U.P, and Kolkata. She was highly influenced by the beauty of the famous Folk arts of Bihar and West Bengal, also known as Madhubani painting and Pot Chitra respectively. She has done quite a few paintings and mastered in this art. She likes to work on both landscape and figurative, but her first love of painting is human expression based compositions using her folk art and surrealistic skills. She likes to work with acrylic colors. She applies rich and bright colors in different layers completing it by applying bold strokes and textures. Her painting has a unique style of surrealism and fantasy. The random and surreal elements in her works are rooted in her own perception. Geometrical shapes rule her paintings such as triangles, rectangles, polygons etc. She uses designs in her composition both in subject and background which gives it a royal appearance and traditional elegance. She paints like a child and every day she experiments with her work and tries to explore some new things beyond the appreciation. She has done her five solo shows and a number of group shows, annual shows, Biennial show, art fairs and art camps in India and abroad since 2011. Her artworks have been collected by the number of art lovers in India and abroad.
total price: /-
proceed to checkout