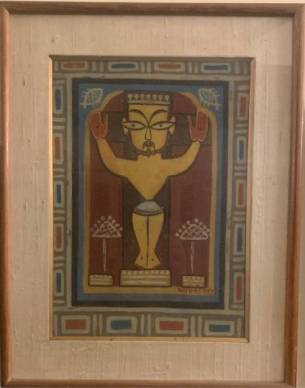 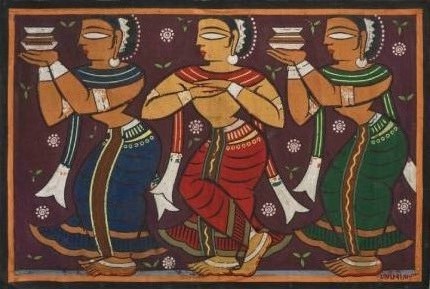 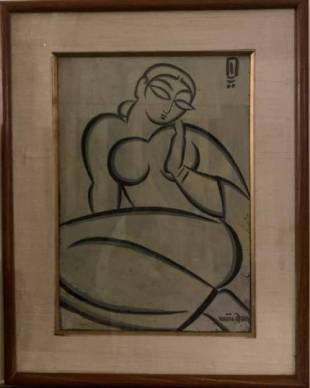 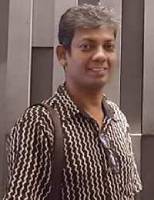 Jamini Roy was born on 11 April 1887 in a small village of Beliatore in the Bankura district of West Bengal. 1903 At the age of 16, he studied at the Government College of Art & Craft, Calcutta under Abanindranath Tagore. 1908 he received a diploma in fine arts. Known as the first modernist guru of Indian art, he rediscovered the trappings of Western modernism in an Indian context and blended them with Indian folk art forms.

He mixed the minimal brush strokes of the Kalighat style with the elements of Bengali tribal art. Like Ramayana, Krishna, Yashoda, Krishna, Gopini, Sri Chaitanya, Radha-Krishna and Jesus Christ, he chose religious subjects like the joys and sorrows of daily life in rural Bengal, tribal art, Bengali folk painting, but he described them in detail. In addition to these, he depicts the life scenes of indigenous Santals, such as Santhal Mother and Child, Dance Santhals, etc.

The pen of this versatile artist froze with his body on April 24, 1972. Euremia snatched away his colorful canvas, board, paper, paint, brush, palette and one of his unfinished paintings, The Last Supper. Artist Jamini Roy, who has just turned 85, left to draw the picture. Although he has a large painting 'Last Supper in the National Gallery of Modern Art in the capital.

Jamini Roy had numerous one-man exhibitions and group shows in both foreign and Indian cities, including London and New York.

Jamini Roy was an Indian painter. Whose artist & Crafts originality and contribution to the rise of painting in India remain questionable. He was one of the most famous disciples of Abanindranath Tagore, he was awarded the Padma Bhushan In 1955, Government of India.

1935 Awarded Viceroys Gold Medal for Mother Helping the Child to Cross the Pool.

Notification - We do not usually display Jamini Roy's work, only send it to private art collectors and interested art buyers.