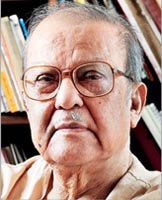 ART FOR LIFE’S SAKE
A Pradhan was born on November 2, 1938. Since childhood, he had an aptitude for the palette and rush. This liking for brush and colors led him to the Government College of Arts and Crafts, Calcutta from where he graduated with a first class in fine arts in 1962. In 1963, he joined the Directorate of Cottage & Small Scale Industries. Here under his able supervision, the craftsmen of West Bengal started giving hope to his designs. Some of them went on to receive awards at the State and National Level.
As painting was always his first love, he took out time to create his dreams and imaginations from his busy official schedule. His works exhibited at premier galleries in New Delhi and Calcutta, met with much appreciation. Asis has worked in different media be it cross-hatching in ink, watercolor or oil. From time to time he has also experimented with sculptural forms in wood, brass, and clay. In fact, some of his works on paper or canvas may be studied as a prelude to three-dimensional transcription.
The high point of Asis Pradhan’s Oil on Canvas is that he blends colors harmoniously and the finest example of that is the ‘ Deprived Soul ’. While maintaining the uniformity of vision, the red and blue of the bull and the background have been developed with dexterity. His watercolors, on the other hand, reveal the depth of clarity as well as his spatiotemporal technical mastery over the medium. The artist has also worked on medium sized canvases in dry chalky oil in fine tones and textures.
Pradhan’s evocation of female forms and nudes in their buoyantly classical attitudes is bold and their appeal is intensified by the degree of finesse in their technical execution. The stylization of the nudes often shows traces of European illustrators. At times, the artist evokes the massive and monumental proportions of the female torso in abstract sculptural dimensions though with the due accent on chromatic and compositional elements. In others, he reduces the form to a few elements which become the modal point for abstract landscapes. The graceful rhythmic postures and sensuous curves bring out nature at its resplendent best.
Intensely charged with passion and energy, the semi-abstract forms in most of his work revealed a technical virtuosity that comes in layers of experiences. Small wonder, he believed in the motto: ART FOR LIFE’S SAKE
A Brief Synopsis
Born on November 2, 1938
1962 - Graduated with First Class Diploma in fine arts from Govt. College of Arts & Craft, Calcutta.
The year 1963 - He joined the Directorate of Cottage & Small Scale Industries.
The year 1971 - Did his first solo in the year in Academy of Fine Arts Kolkata.
The year 1993 – 1994 - His Last Exhibition in New Delhi.
The year 1997-1999 ( approx) Curator for Indian Canvas
The year 2003 - 2004( approx..) - he was diagnosed with Parkinson
After being diagnosed with Parkinson Disease he stopped painting and concentrated only on the development of crafts and craftsmen in
West Bengal, India.
2009 (approx). he was diagnosed with Progressive Supra Nuclear Palsy ( PSP ) an extremely rare neuro disorder, after which he stopped all activities.
He was a principal member of the Managing Committee of Handicrafts Museum.
Member of the Managing Committee of Fabric Bengal.
Worked for Jute Development and Diversification with United Nations Development Programme and National Centre For Jute Diversification.
He passed away on February 9, 2015.
Back 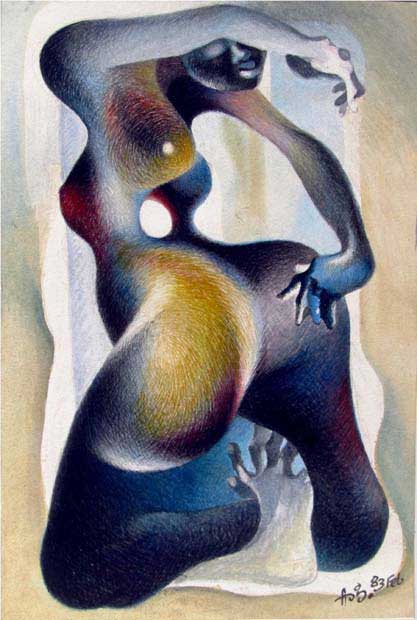 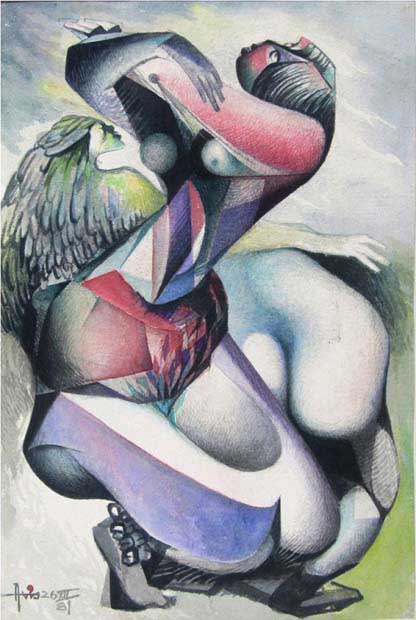 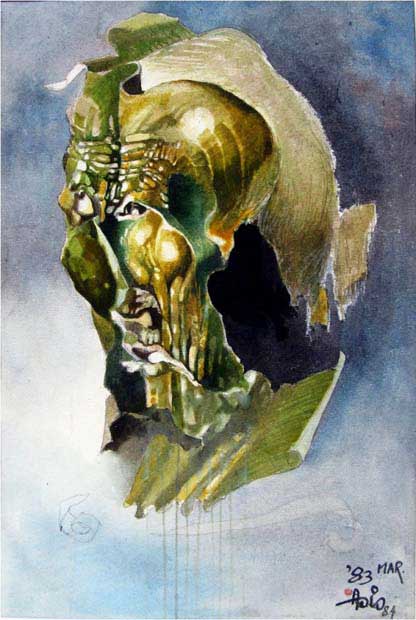 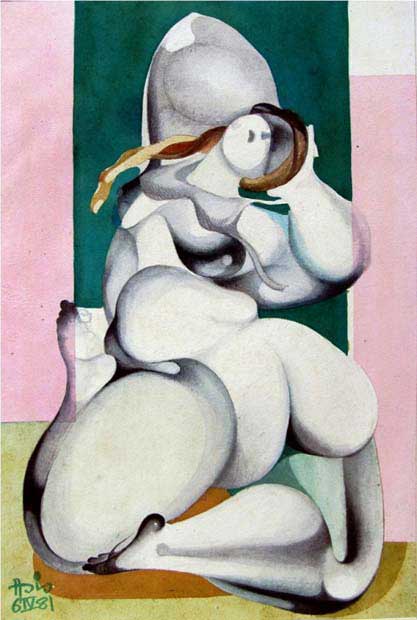 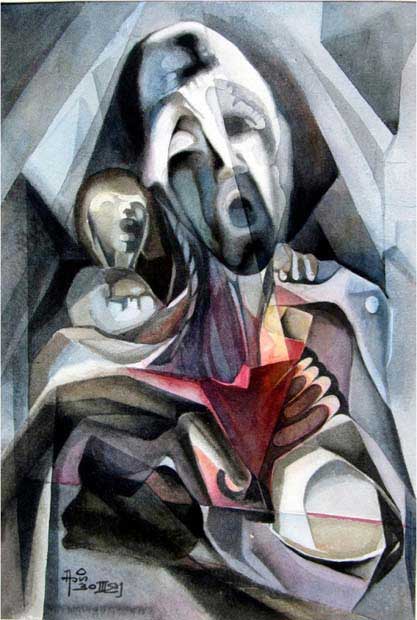 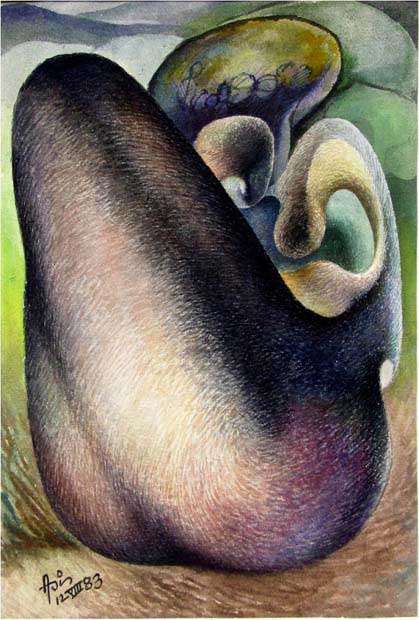 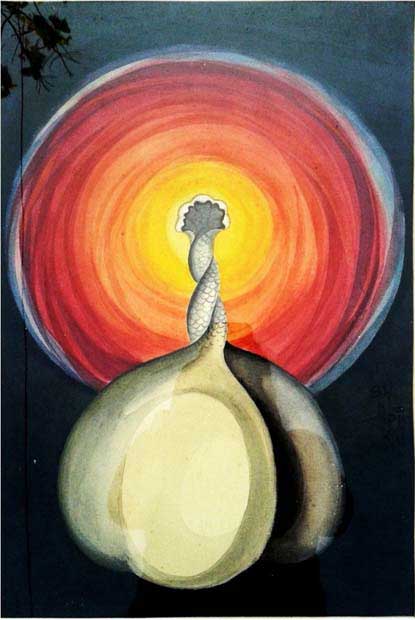 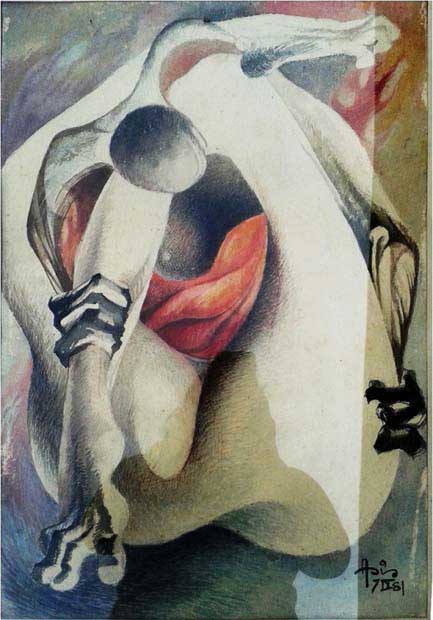 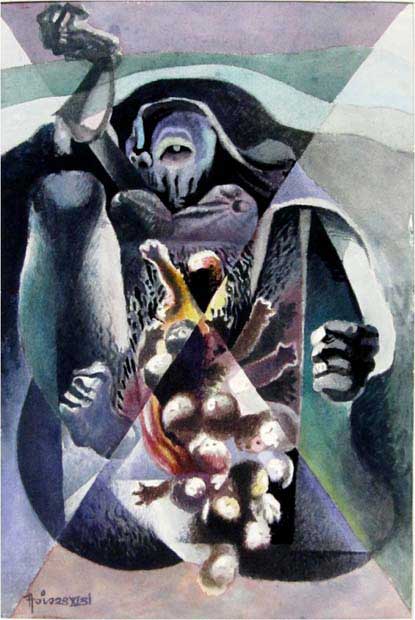 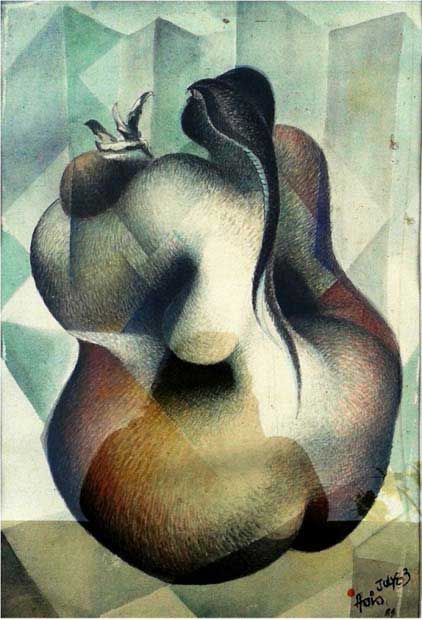