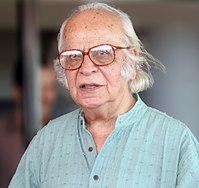 My art holds very close to me. To me, art is just my way of beginning and ending my day. My artworks are based on a central theme that says what we humans have taken and given back.

I have been engaged in drawings for more than half a decade now. For me drawing is the very essential part of an artist, it is pure, evocative as well as sensitive. The concerned subjects for many of my drawings are the environmental issues. Presently, I try to reflect rapidly growing urbanization, water crisis, disappearing jungles in my work in a very symbolist manner. Disorder of the natural environment caused by human beings is creating global warming which is adversely affecting our weather, cultivation, nature etc. I feel that with this subject matter I can address the society in a very meaning full way. I would also like to do some experiment with my drawings by using different mediums and materials.